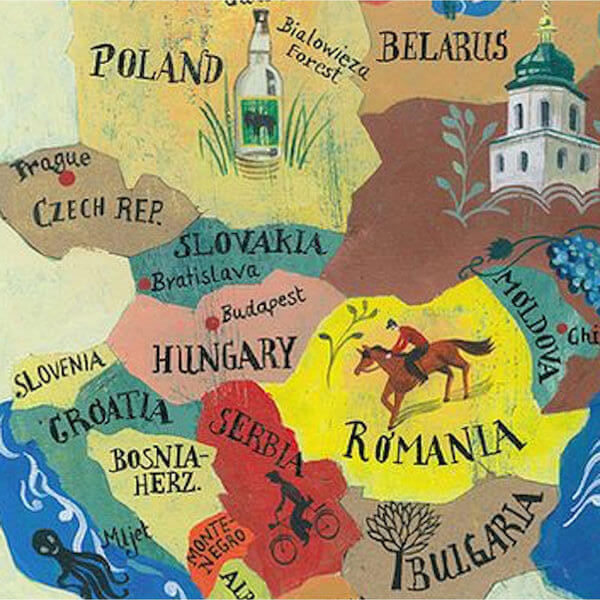 Central Europe’s political arena has been a lively place since our last Gazette.

In May the leader of Romania‘s ruling Social Democratic Party (PSD) and the de facto leader of its government, Liviu Dragnea, began serving a 42-month jail sentence for corruption.  The Irish Times and Bloomberg report on his comeuppance.  A recent report by the Council of Europe‘s anti-corruption body had this to say: “Romania has made very little progress to put in place measures to prevent corruption among parliamentarians, judges and prosecutors and to address the concerns raised by its controversial judicial reform.”  The Guardian gave the floor to Viorica Dăncilă.

The Czech Republic has seen massive, yet peaceful, street demonstrations against Andrej Babiš, the billionaire prime minister whom the Czech police recommend charging with fraud in connection with European Union subsidies.  The last protest in Prague saw an estimated 250,000 people gather on a sweltering June Sunday afternoon.  The Financial Times ponders what might come next, and The Washington Post carries an excellent analysis of the events leading up to the protests.

Austria will hold a general election in September after it’s coalition government collapsed in May as a scandal erupted around Vice-Chancellor Heinz-Christian Strache, of the populist rightwing Freedom Party.  Austria’s media got hold of a video of him allegedly offering lucrative government contracts to individuals posing as representatives of a Russian oligarch in return for political support.  Read all about it in the Financial Times.

Poland is a big country with some big politics, and here’s a big article from Open Democracy which looks at how Poland’s ruling Law and Justice party (PiS) has maintained popular appeal by combining conservative nationalism with some generous socialism.  But the PiS writ does not run everywhere in Poland, and certainly not in the Baltic sea port of Gdansk, where Magdalena Adamowicz, the widow of the city’s popular mayor Paweł Adamowicz, was elected to the European Parliament off the back of a campaign called “Imagine There’s No Hate.”  Deutsche Welle has the story.

Slovakia got a new president: Zuzana Čaputová took 58% of the vote to become her country’s first female head of state.  The BBC reports, and In Between Europe‘s podcast delves a little deeper into the events that led to the election of this human rights and anti-corruption lawyer.  And Slovak film director Marko Škop talks to The Calvert Journal about his latest film Let There Be Light, which takes a hard look at the rise of the populist far-right in his country.

(English)
We use cookies to ensure that we give you the best experience on our website. If you continue to use this site we will assume that you are happy with it.Ok