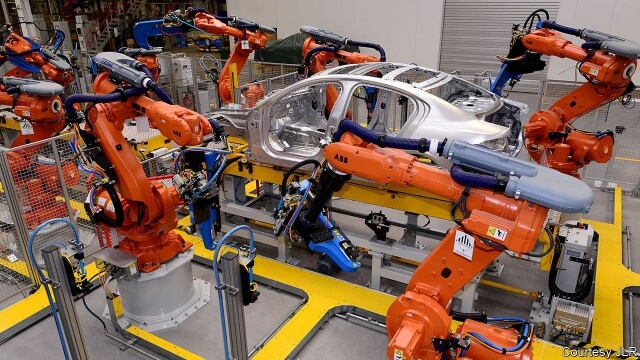 “The European Commission tracks the progress of five EU members immediately east of Germany and Austria (the Czech Republic, Hungary, Poland, Slovenia and Slovakia) compared with a group of four wealthy “frontier” EU countries (Austria, Denmark, the Netherlands and Sweden). In 1995 average GDP per person (at purchasing-power parity) was around 55% lower in the five central European countries than in the frontier countries. By 2016 the difference had shrunk to 39%. Average incomes in the five countries are now equal to those in Portugal and far above those in Greece. Slovakia saw the most dramatic gains.

“But the challenge for these countries—as for any hinterland reliant on supplying labour to produce goods for richer neighbours, maquiladora-style—is to keep closing the income gap. The next stage of development is bound to be harder, requiring more productive firms, more private capital and more skilled labour. It is not clear that central Europe is ready.”