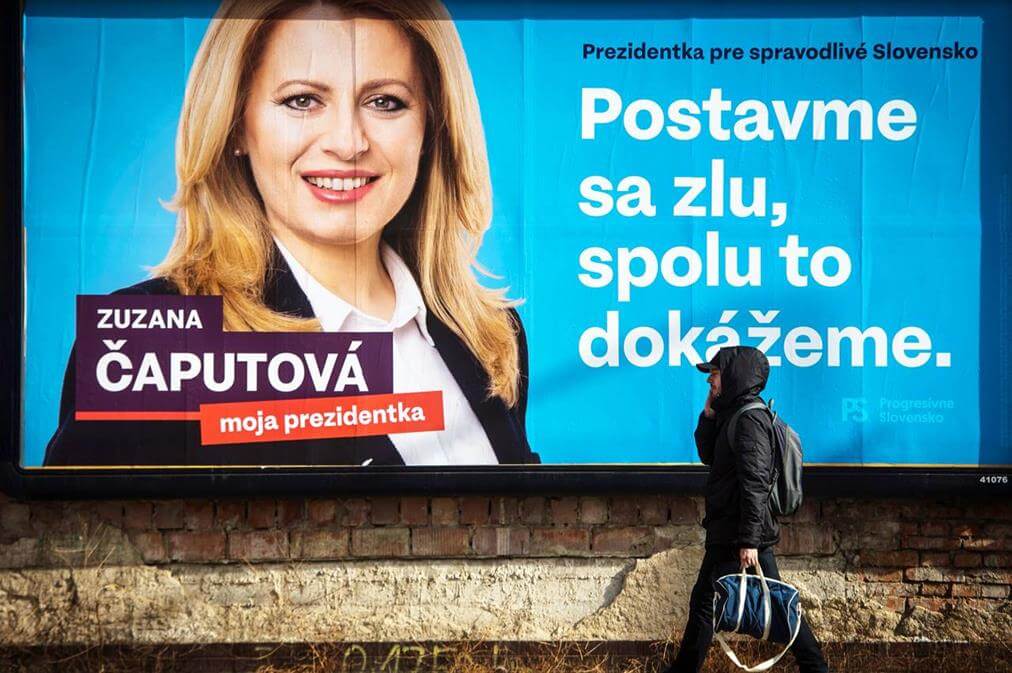 Zuzana Čaputová, a 45 year-old lawyer and anti-corruption campaigner, won the first round in Slovakia’s presidential elections with 40.57% of the vote.  She faces Maroš Šefčovič, a European Commisioner who took 18.66% of the vote, in the run-off at the end of March.  Deutsche Welle reports.