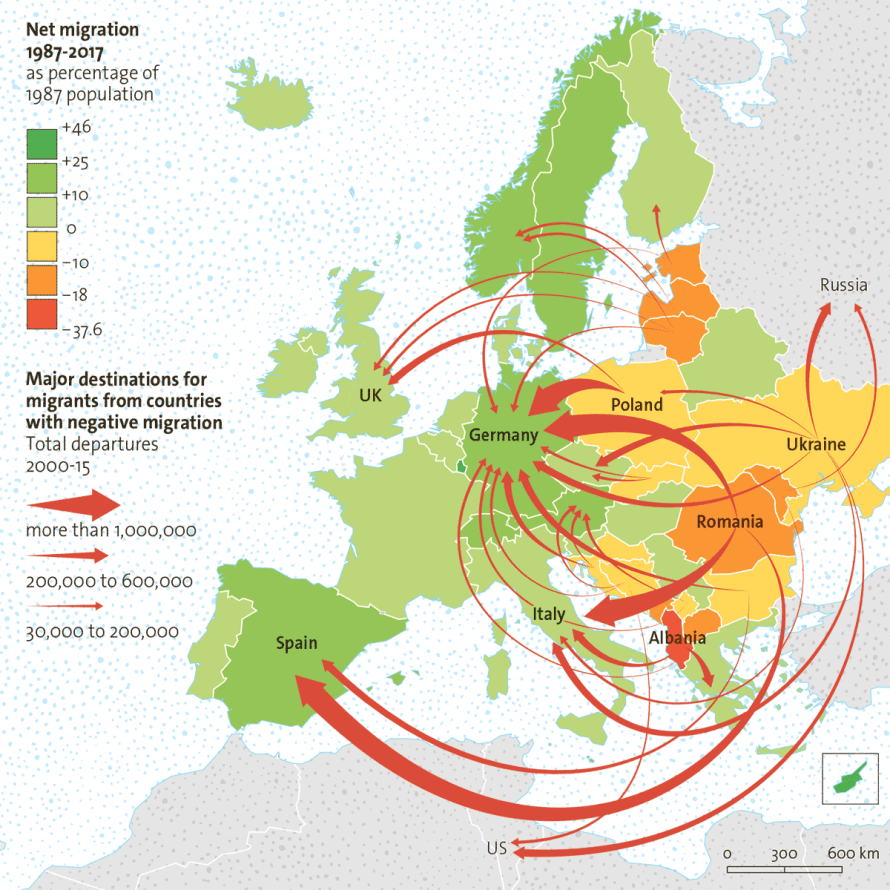 “From Stettin in the Baltic to Trieste in the Adriatic, a health divide has fallen across Europe.”  Thus The Economist, paraphrasing Sir Winston Churchill’s famous Iron Curtain speech, on why folk in Central and Eastern Europe tend to shuffle off this mortal coil earlier than those in Western Europe.

The difference in life expectancy between the two parts of Europe is greater nowadays than it was in 1960.  Although Western Europeans live longer than their eastern neighbours, Western Europe is actually growing younger.  That is due to migration flows from east to west, and higher morbidity and lower fertility levels in the east, says the World Bank in a note from the recent past that continues to resonate.

And in the third of our three bookmarks that capture the region’s demographic challenges,  Le Monde diplomatique takes a broader look at why Europe’s overall population has not grown since 1993, and notes that “Central and Eastern Europe [is] experiencing a mass exodus, often of the best educated and most economically, politically and socially enterprising young people.”