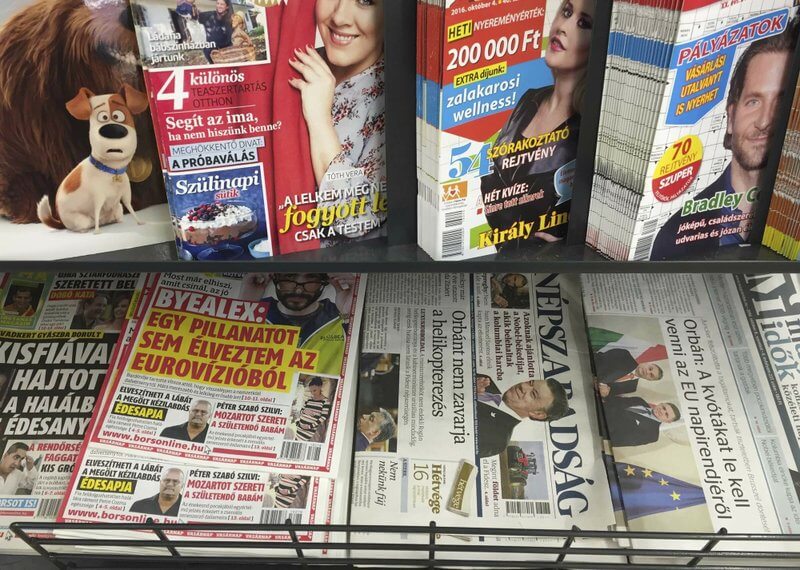 This month a pro-government media conglomerate was created in Hungary.  It will not be scrutinized by media or competition authorities, reports The Associated Press.

More than 500 Hungarian news outlets now take a pro-government stance, compared with just 31 in 2015, according to research by Atlatszo, an independently-owned Hungarian news website.  The New York Times has more.

And the Grey Lady this week runs a timely update on the demonstrations in Budapest, here.