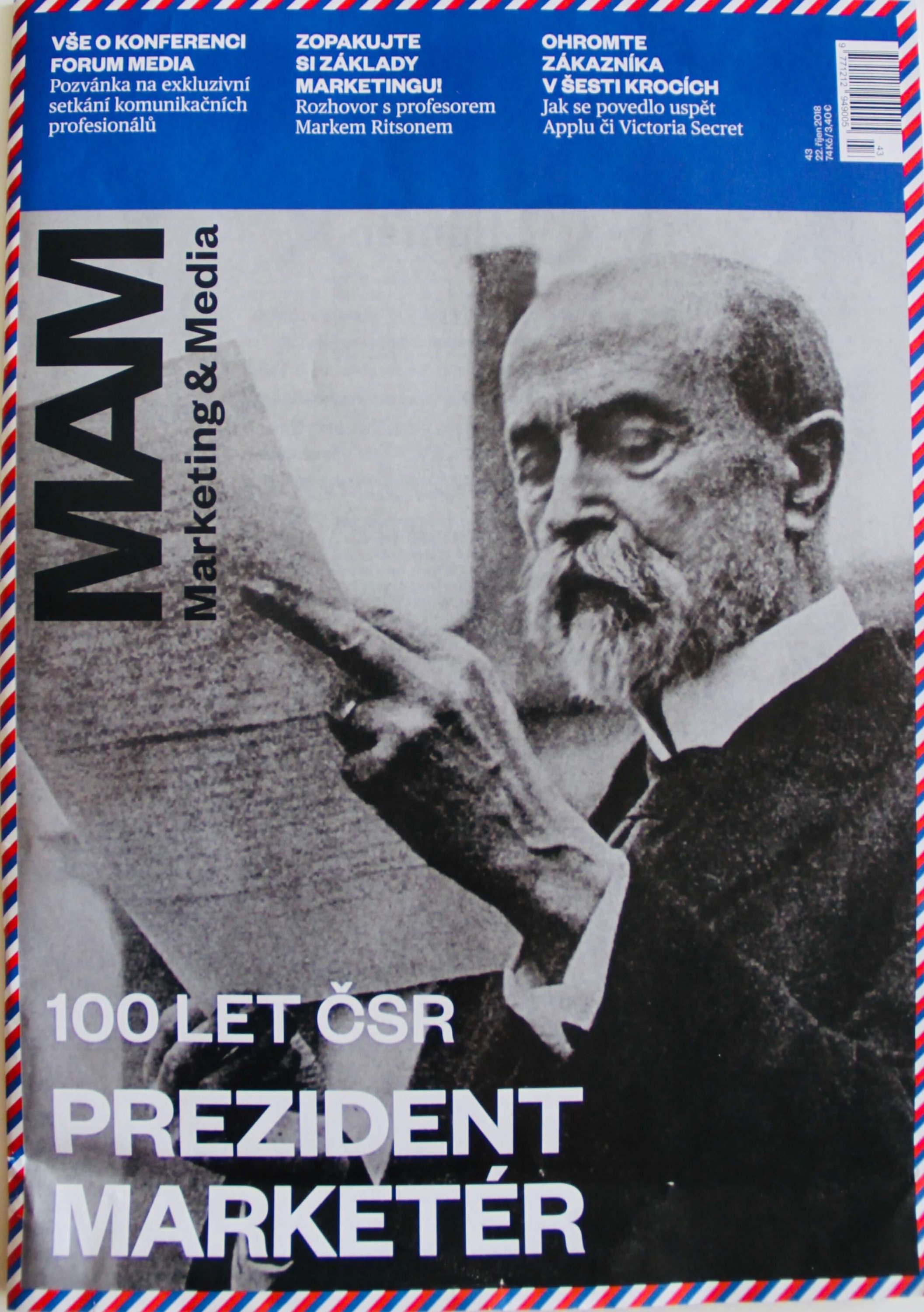 Tomáš Garrigue Masaryk, the founder and first president of  Czechoslovakia, understood the news cycle and the value of Public Relations.  Or so at least did Edward Barnays, a Viennese-born American who was an early pioneer of PR and who appears to have been an informal advisor to Masaryk.

A ‘Declaration of independence of the Czechoslovak nation by its provisional government’ was made in Paris on October 18th 1918, four days after the provisional government was formed.  Plans were then laid for the announcement of the establishment of an independent state of Czechoslovakia, which was timed, upon the advice of Barnays, to catch the morning editions of the international newspapers on Monday October 28th 1918. Masaryk wryly acknowledged: “I am making history for the cables.”

Our friends at Marketing & Media (M&M) magazine delved into the presidential archives at Prague Castle to get the scoop.  An English-language version of the article is in the works.